New York, NY (June 9, 2021) —The Alliance of Women Film Journalists (AWFJ) has announced the debut today of a partnership with Kino Lorber to curate film selections by a number of esteemed female film journalists and critics under the new “AWFJ Presents” banner on Kino Lorber’s digital platform KinoMarquee for rent. Selected by a curatorial team of AWFJ members from Kino Lorber’s vast catalog of hundreds of important titles, the inaugural selections include six exceptionally entertaining and relevant films by women directors.

Each film on the AWFJ Presents slate will be available on the KinoMarquee streaming platform under the AWFJ Presents banner. In addition, a pre-recorded, 20-minute discussion of each film by members of AWFJ’s curatorial team can be found on AWFJ’s YouTube channel. The revenue from the sale of every series pass will be shared with the AWJF, supporting the important work that they do.

Jennifer Merin, AWFJ president, said, “The alliance is very proud to partner with Kino Lorber for our inaugural ‘AWFJ Presents’ series to highlight some truly outstanding films by some of the world’s finest women directors. The films tell stories that are true to women’s experiences and represent women’s perspectives, but have universal appeal. We are also beyond appreciative of their enthusiasm and generosity regarding this partnership.”

Kino Lorber SVP Wendy Lidell, added, “It is as important to increase the number and presence of female film critics as it is to increase the presence of women filmmakers – in fact the two go hand in hand.  Which is why we are especially gratified to be partnering with AWJF on this initiative to present just a sampling of our deep catalog of great films by women.”

The international slate of films covers a variety of genres—comedy, horror, drama, contemporary, period. They are all finely crafted, original, and entertaining. And, they created passionate debate among the curators who chose them from the 161 female-helmed films in Kino Lorber’s catalog. 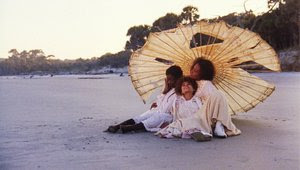 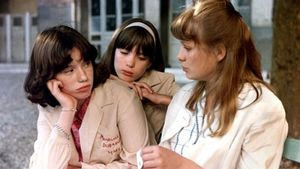 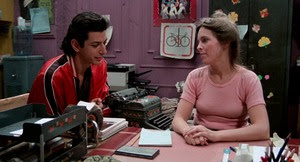 Daughters of the Dust, Peppermint Soda, Between the Lines

The cost to stream films individually is $8, or viewers can buy a pass to the whole series for $30. Contact awfjinc@gmail for more information.

About AWFJ
The Alliance of Women Film Journalists, Inc. (AWFJ) in a not-for-profit charitable organization found in New York State in 2006 whose purpose is to amplify the voices of women critics, provide a platform for the expression of women’s perspectives on film, and support work by and about women—both in front of and behind the cameras—through intragroup promotional activities, outreach programs and presentation of EDA Awards at year’s end and at film festivals throughout the year. AWFJ publishes an average of 22 reviews, interviews and news items weekly, including our Movie of the Week feature, and distributes two weekly eNewsletters, in addition to keeping an active and interactive record of fiction feature and documentary films by and/or about women, and/or of particular interest to women because they focus on women’s issues. Articles, eNewsletter subscription sign ups and lists are made available to the general public on our website (awfj.org).

About Kino Lorber
With a library of over 4,000 titles, Kino Lorber Inc. has been a leader in independent art house distribution for 35 years, releasing 30 films per year theatrically under its Kino Lorber, Kino Repertory and Alive Mind Cinema banners, garnering seven Academy Award® nominations in nine years. In addition, the company brings over 350 titles yearly to the home entertainment and educational markets through physical and digital media releases. With an expanding family of distributed labels, Kino Lorber handles releases in ancillary media for Zeitgeist Films, Cohen Media Group, Greenwich Entertainment, Artsploitation, Palisades Tartan, Menemsha Films, Raro Video, and others, placing physical titles through all wholesale, retail, and direct to consumer channels, as well as direct digital distribution through over 40 OTT services including all major TVOD and SVOD platforms. In 2019, the company launched its new art house digital channel Kino Now which features over 1000 titles from the acclaimed Kino Lorber library. In response to the COVID-19 pandemic, the Kino Marquee initiative was launched in 2020 pioneering “virtual theatrical” releases of art-house films with revenue shares that allows audiences to support almost 400 local independent theaters.