Los Angeles, CA — Five Indigenous filmmakers have been chosen to participate in the 2020 Sundance Institute Native Filmmakers Lab, reimagined and expressed digitally this year on Sundance Co//ab. The Lab is at the core of the Institute’s commitment to supporting Indigenous storytellers since its founding.

At the Native Filmmakers Lab (June 29–July 10), Fellows will workshop scripts of their short films under the expert creative mentorship of Indigenous Program alumni and other established filmmaking professionals serving as Advisors along with the Sundance Indigenous Program staff, led by Indigenous Program Director N. Bird Runningwater (Cheyenne/Mescalero Apache). The Lab encourages Fellows to hone their storytelling and craft skills in a hands-on and supportive environment. Following the Lab, Fellows will receive a year-long continuum of support.

“We are pleased to announce that we will be hosting our annual Native Filmmakers Lab in an exciting digital format on our Co//ab platform that allows for virtual participation by our Lab Fellows from where they are socially distancing,” said Runningwater. “Given this extremely challenging time as we struggle with the impact of Covid-19 in our homelands, it is important to organize a safe space for Indigenous storytellers to come together to develop and share their work.”

“The Indigenous Program will continue the tradition of providing mentorship and support to our Native Lab Fellows as they carry on with their work,” said Runningwater. “As Indigenous peoples our connection to each other and our communities is strong. Drawing upon our ancestral strengths of adaptation and resilience we plan to make this year’s Lab a great success and provide the inspiration and support that our Lab Fellows need to bring their films to fruition and to audiences around the world.”

Artists and projects selected for the 2020 Native Filmmakers Lab: 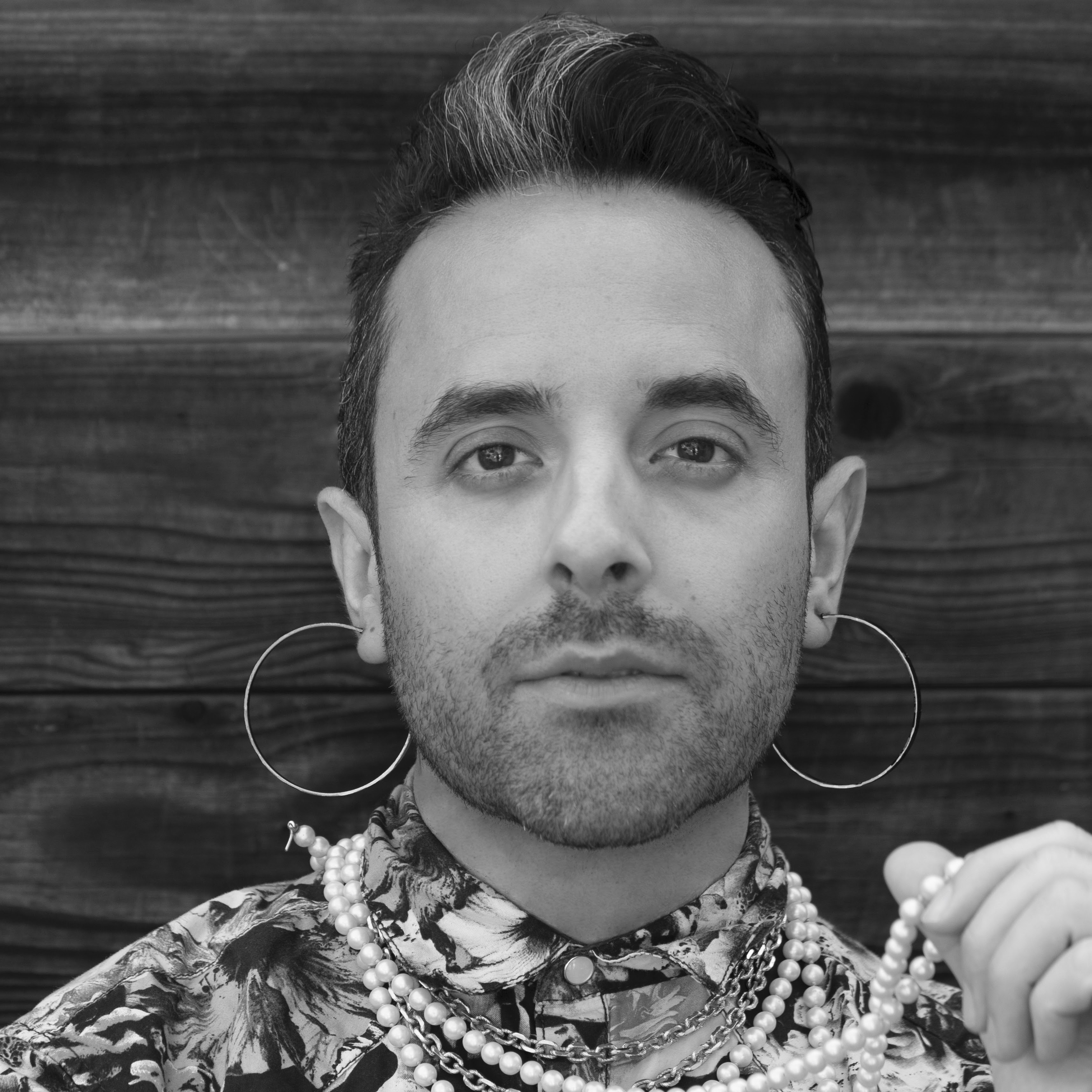 Rob Fatal (Mestiza/o/x, Ute, Rarámuri, Pueblo) / Can Digital Genizaros Remember the Taste of Churros?: In near future Oakland, California a new invention allows people to upload their consciousness to the Internet as a way to achieve immortality and pay off debt. In the societal panic that follows, 2, Two Spirit best friends debate whether or not to follow thousands of people into the digital unknown in this philosophical, sci-fi dramedy.
Rob Fatal [they/them] is a Two Spirit Mestiza/o/x filmmaker, new media artist and storyteller exploring decolonial aesthetics. Working in multiple analog and digital mediums allows Fatal to reimagine their own multi-lineage indigenous storytelling tradition for our current time which Fatal refers to as the “indigenous post-apocalypse”. Fatal is often drawn to mediums like filmmaking and performance which bring together community and people to achieve a desired vision or work. Fatal finds community and culture to be their greatest artistic inspiration. To create with the collective minds of unique individuals is a practice that brings to them a great spiritual catharsis; a feeling of joy and power tied to the realization of what people working together can accomplish when in harmony: a home, a shared reality, justice, and healing. Fatal’s work has been screened internationally at the British Film Institute Flare Festival, Fringe! Queer Film & Art Festival in London, Vancouver Antimatter Media Arts Festival, Frameline SF LGBTQ Film Festival, Outsider Fest Austin, Institute of Contemporary Art Los Angeles, and the Broad Museum. Fatal’s films are distributed by Canadian Filmmakers Distribution Center. 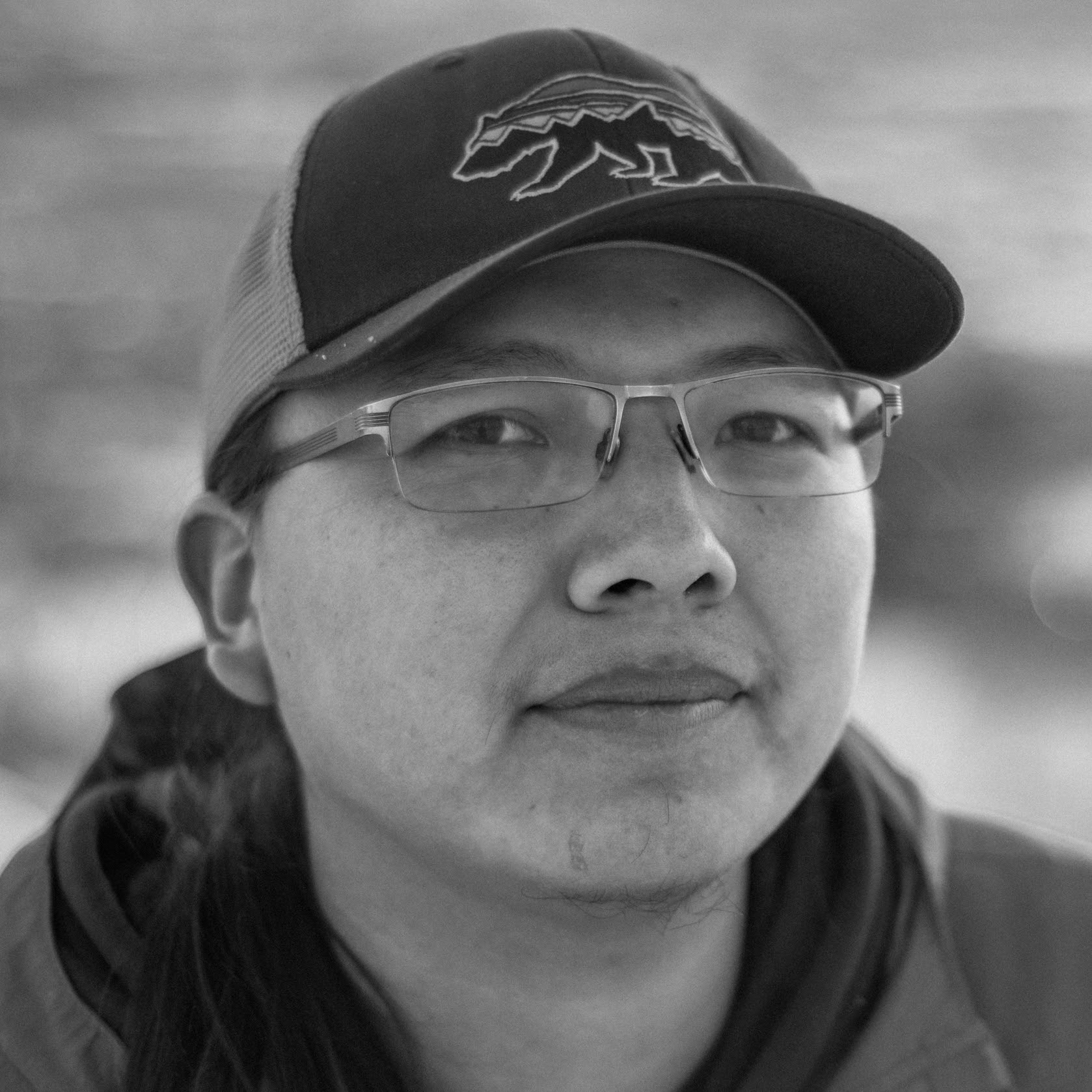 Keanu Jones is Mexican Clan born for Big Water Clan and is from Grand Falls, Arizona. He is a member of the Navajo Nation. Surrounded by family and the way of living on the Navajo Nation, his artistic identity has been greatly informed by his upbringing. This will continue to be reflected in the narratives he wants to explore. 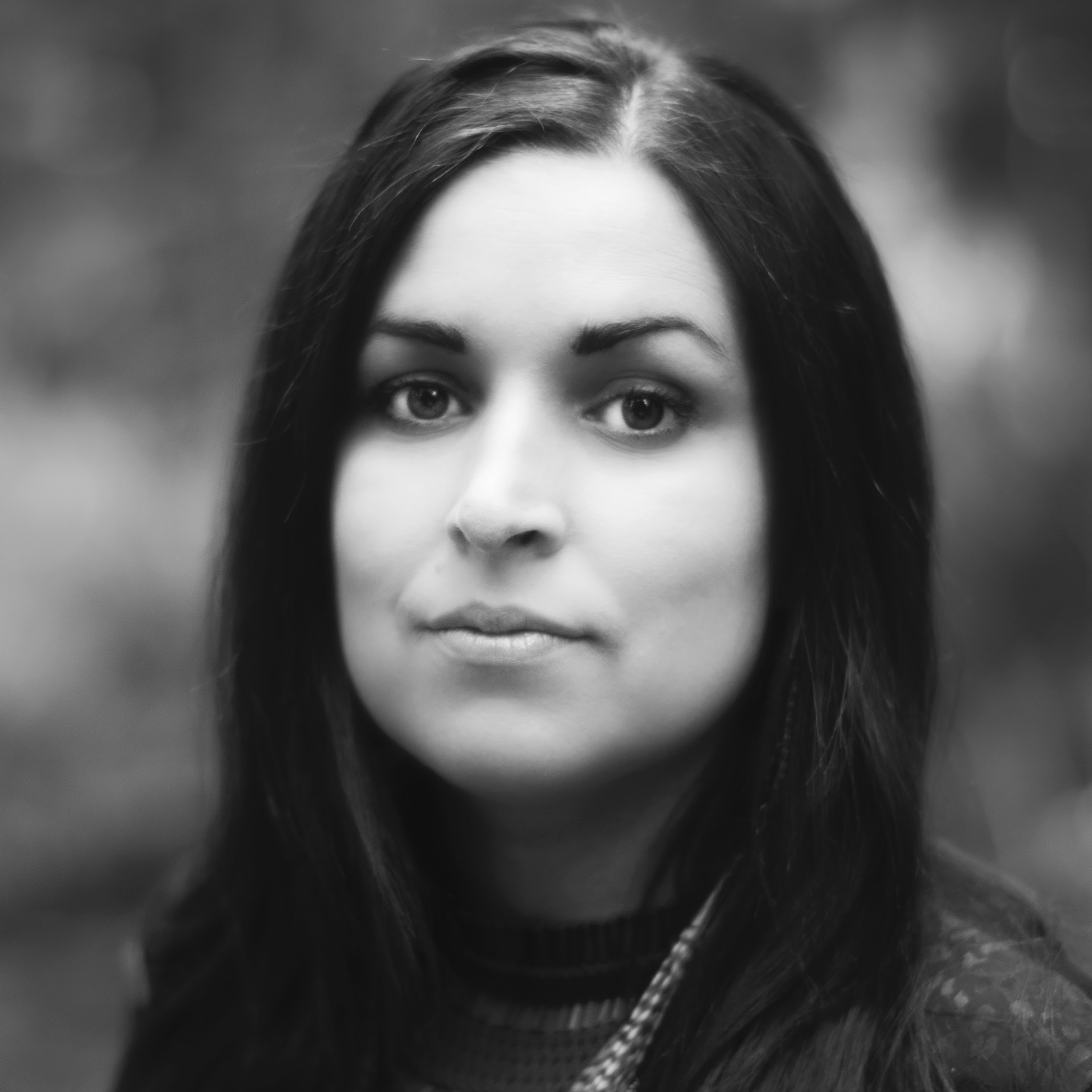 Amanda Strong (Métis/Michif) / Wheetago War: In a world turned to ice, the People have survived the Wheetago for two lifetimes. Wheetago War is the story of Dove, a young gender shifter, who regains medicinal knowledge to defeat the Wheetago.

Amanda Strong is a Michif (Métis, Cree, Chippewa, Assiniboine, European and Polish Ancestry) interdisciplinary artist with a focus on filmmaking, stop motion animations and media art. She is currently living and working on unceded Coast Salish territories of the Sḵwx̱wú7mesh (Squamish), səl̓ílwətaʔɬ (Tsleil-Waututh) and xʷməθkʷəy̓əm (Musqueam) Nations. Strong received a BAA in Interpretative Illustration and a Diploma in Applied Photography from the Sheridan Institute.  With a cross-discipline focus, common themes of her work are reclamation of Indigenous stories, lineage, language and culture.  Strong is the Owner/Director/Producer of Spotted Fawn Productions Inc. (SFP). Under her direction, SFP utilizes a multi-layered approach and unconventional methods that are centered in collaboration on all aspects of their work.

She was selected by renowned filmmaker Alanis Obomsawin to win the Clyde Gilmour Technicolour Award. In 2017 she won the Victor Martyn Lynch-Staunton Mid Career Artists award, the Vancouver Mayor’s Arts Award for Emerging Film and Media Artist in 2016 and, in 2013, Amanda was the recipient of K.M. Hunter Artist Award for Film and Video.  Her films have screened across the globe.

Fellowship for Indigenous Canadian film artist made possible with support from the Indigenous Screen Office. 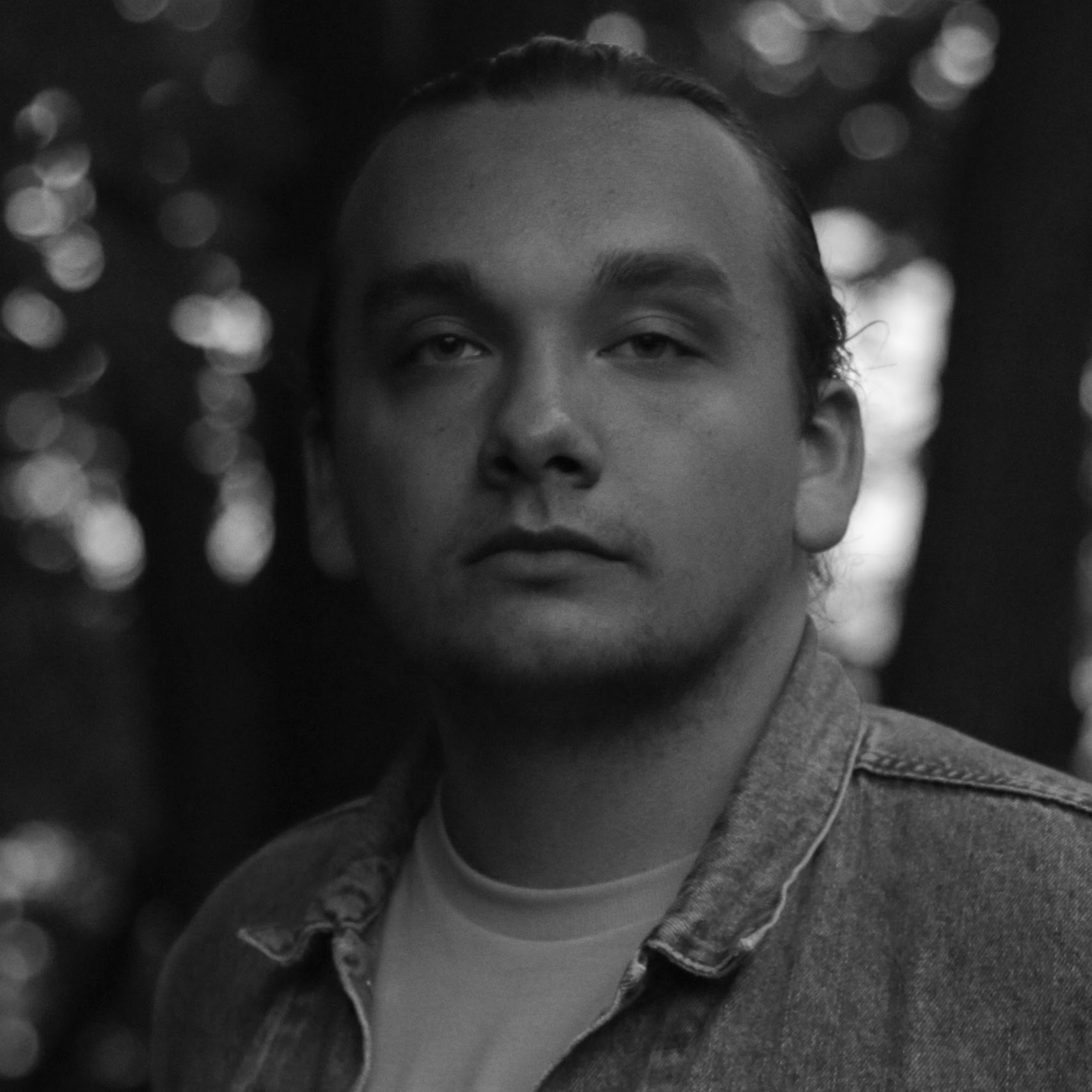 Cole Forrest (Nipissing First Nation) is an Ojibwe artist based in Toronto, Ontario. Originally from Nipissing First Nation, he strives for compassion and acceptance within the arts. Cole trained and honed his craft at the “Big Medicine Studio” while working with the group Aanmitaagzi – and has written, directed, and acted in various student/independent short films, theatre pieces, and a musical. Cole’s films have been screened at various film festivals including ImagineNATIVE and Toronto Queer Film Festival, and he is a recipient of the Ken and Ann Watts Memorial Scholarship and of the James Bartleman Indigenous Youth Creative Writing Award. Cole is the 2019 recipient of the ImagineNATIVE + LIFT Film Mentorship, and a graduate of the Video Design and Production program at George Brown College – and is currently a Grants Assistant at the Toronto Arts Council. He is grateful to represent his community in all of his artistic pursuits. 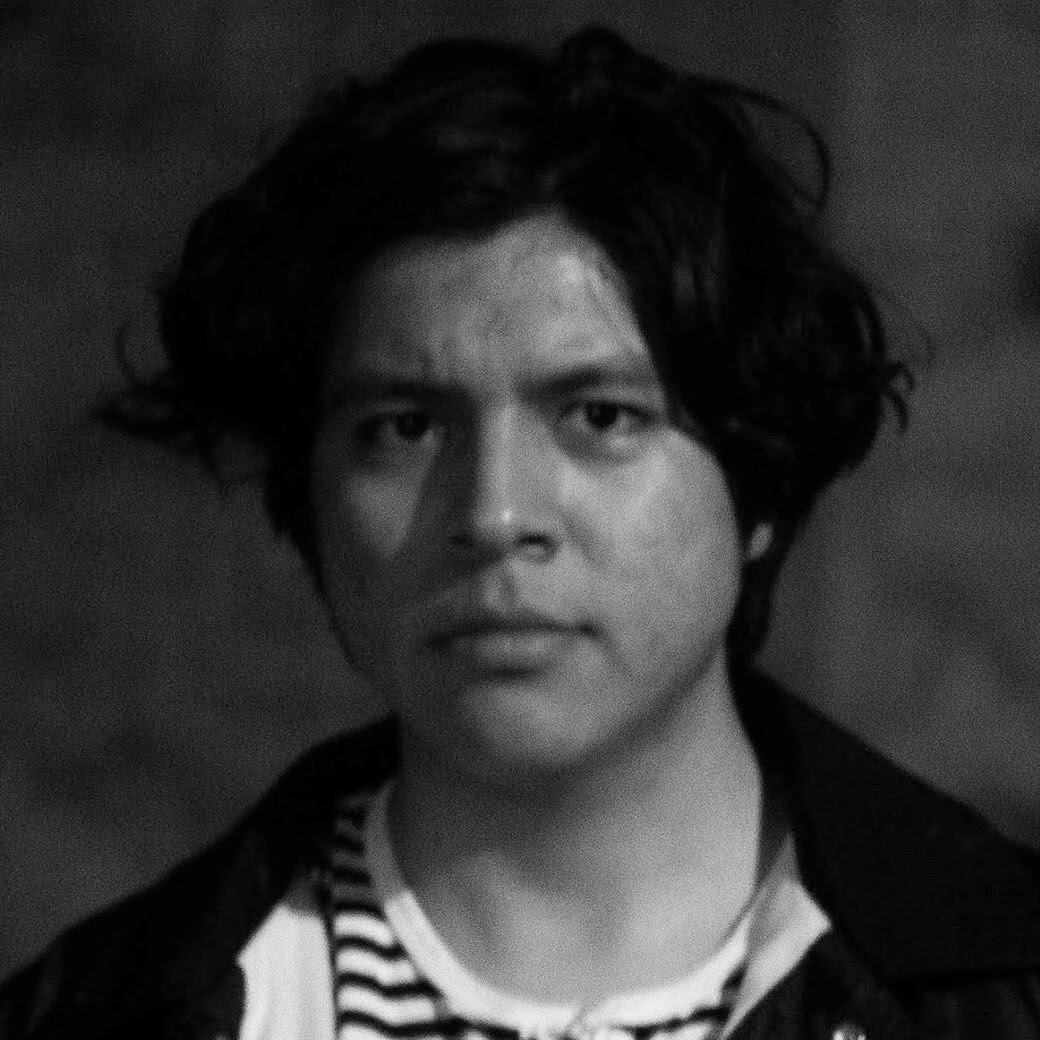 Petyr Xyst (Laguna Pueblo) is an Emmy-nominated American human from Albuquerque, NM whose work focuses on themes of class, institutional failures and the people who cope with them, and the strangeness of coming of age in the 21st century. His work spans genres and formats, exploring comedy, drama, and experimental forms in short film, music video, and new media. He’s been featured at the National Film Festival for Talented Youth, NATAS NW, AAHSFF, on PBS, and others. In his quarantine time, he likes to read non-fiction and stare at the wall for an indefinite period. He’s also a Sundance Institute Full Circle alum and a third-year student at the University of New Mexico.

Sundance Institute’s Indigenous Program
The Indigenous Program champions Indigenous independent storytelling artists through residency Labs, Fellowships, public programming, and a year-round continuum of creative, financial, and tactical support. The Program conducts outreach and education to identify a new generation of Indigenous voices, connecting them with opportunities to develop their storytelling projects, and bringing them and their work back to Indigenous lands. At its core, the Program seeks to inspire self-determination among Indigenous filmmakers and communities by centering Indigenous people in telling their own stories.

Sundance Institute
Founded in 1981 by Robert Redford, Sundance Institute is a nonprofit organization that provides and preserves the space for artists in film, theatre, and media to create and thrive. The Institute’s signature Labs, granting, and mentorship programs, dedicated to developing new work, take place throughout the year in the U.S. and internationally. Sundance Co//ab, a digital community platform, brings artists together to learn from each other and Sundance Advisors and connect in a creative space, developing and sharing works in progress. The Sundance Film Festival and other public programs connect audiences and artists to ignite new ideas, discover original voices, and build a community dedicated to independent storytelling. Sundance Institute has supported such projects as The Farewell, Late Night, The Souvenir, The Infiltrators, Sorry to Bother You, Eighth Grade, Won’t You Be My Neighbor?, Hereditary, RBG, Call Me By Your Name, Get Out, The Big Sick, Top of the Lake, Winter’s Bone, Dear White People, Little Miss Sunshine, Beasts of the Southern Wild, Fruitvale Station, State of the Union, Indecent, Spring Awakening, A Gentleman’s Guide to Love and Murder and Fun Home. Join Sundance Institute on Facebook, Instagram, Twitter and YouTube.