THE AERONAUTS, THE TWO POPES

ROUND OUT THE GALA SECTION

Special Screenings Include CLEMENCY and a Conversation with Alfe Woodard,

This year’s Tribute honors famed producer and director Alan J. Pakula.Academy Award®-nominated Pakula will be celebrated with a screening of the new documentary ALAN PAKULA: GOING FOR THE TRUTH (DIR Matthew Miele),along with screenings of three of his classic films, KLUTE, SOPHIE’S CHOICE and THE STERILE CUCKOO.

In 1862, daredevil balloon pilot Amelia Wren (Felicity Jones) teams up with pioneering meteorologist James Glaisher (Eddie Redmayne) to advance human knowledge of the weather and fly higher than anyone in history. While breaking records and furthering scientific discovery, their voyage to the very edge of existence helps the unlikely pair find their place in the world they have left far below them. But they face physical and emotional challenges in the thin air, as the ascent becomes a fight for survival. DIR Tom Harper. SCR Jack Thorne. CAST Felicity Jones, Eddie Redmayne, Tom Courtenay, Himesh Patel. 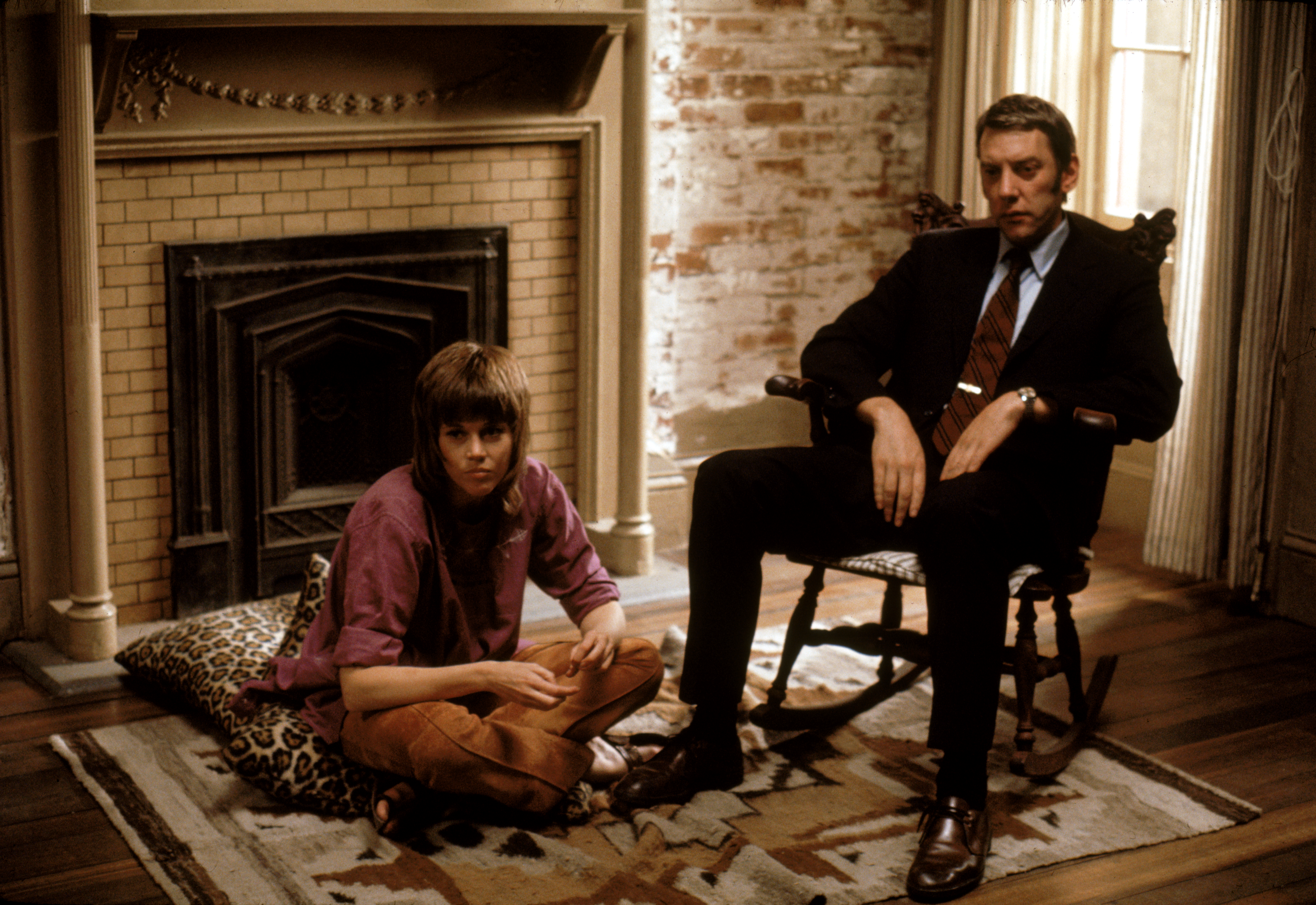 After a group of unpaid construction workers disappear at sea one night In serach of a better life abroad, the women they have left behind in Dakar are overwhelmed with a mysterious fever. Ada, 17, secretly grieves for her love Souleiman, one of the departed workers, but she has been promised to another man. After a fire breaks out on her wedding night, a young policeman is sent to investigate the crime. Little does he know that the aggrieved workers have come back as haunting, possessive spirits. While many of them seek vengeance for their unpaid labor, Souleiman has come back for a different purpose — to be with his Ada one last time.  Winner of the Grand Prix at the 2019 Cannes Film Festival, ATLANTICS marks the feature narrative debut of director Mati Diop.  DIR Mati Diop. SCR Mati Diop, Olivier Demangel. CAST Mama Sané, Amadou Mbow, Ibrahima Traoré.

Battling a terminal illness, Lily has decided to end her life on her own terms and requests her loved ones spend a final weekend together. Lily’s daughters arrive with their own families and emotional baggage in tow and what begins as a peaceful gathering unravels as secrets are exposed. With a stellar ensemble cast, BLACKBIRD is a thoughtful and elegant portrait of life, death and family. DIR Roger Michell. SCR Christian Torpe. CAST Susan Sarandon, Kate Winslet, Mia Wasikowska, Sam Neill, Rainn Wilson, Lindsay Duncan, Bex Taylor-Klaus, Anson Boon.

Based on the National Magazine Award winning article that went viral moving millions, THE FRIEND tells the extraordinary true story of Nicole (Dakota Johnson) and Matthew Teague (Casey Affleck) who, after learning that Nicole has only six months to live, receive the unexpected support of the couple’s best friend Dane (Jason Segel) who puts his life on hold and moves into their family’s home. Infused with heart, humor, and ultimately hope, THE FRIEND is a moving and entertaining depiction of the power of friendship, unconditional love and how one person can make a difference in the world.  DIR Gabriela Cowperthwaite. SCR Brad Ingelsby. CAST Jason Segel, Dakota Johnson, Casey Affleck.

JUST MERCY is the true story of young lawyer Bryan Stevenson (Michael B. Jordan) and his history-making battles for justice in Alabama. Stevenson refuses to back down as he fights a legal system without mercy stacked against him and his clients at every turn. One of his first, and most incendiary, cases is that of Walter McMillian (Jamie Foxx), a man whose clear innocence means nothing to the corrupt and compassionless forces Stevenson doggedly takes on. DIR Destin Daniel Cretton. SCR Destin Daniel Cretton, Andrew Lanham. CAST Michael B. Jordan, Jamie Foxx, Brie Larson, Rob Morgan, Tim Blake Nelson, Rafe Spall, O’Shea Jackson Jr., Karan Kendrick.

THE SONG OF NAMES

In rural 1977 Georgia, a misfit girl dreams of making contact with outer space. When a national competition offers her a chance at her dream, to be recorded on NASA’s Golden Record, she recruits a makeshift troop of Birdie Scouts, forging friendships that last a lifetime and beyond. DIR Bert & Bertie. SCR Lucy Alibar.  CAST Viola Davis, Mckenna Grace, Jim Gaffigan, Mike Epps, Charlie Shotwell, Allison Janney.

AFI FEST 2019 takes place November 14-21, 2019, at historic theaters in Los Angeles.  Screenings, Galas, and other events will be held at the TCL Chinese Theatre, the TCL Chinese 6 Theatres and the Hollywood Roosevelt and will open on Thursday, November 14 with the World Premiere of AFI Conservatory alumna Melina Matsoukas’s QUEEN & SLIM.  Academy Award®nominee Peter Morgan will be honored with a Tribute of his career and a Gala screening of the third season of THE CROWN on Saturday, November 16, Academy Award®winner Clint Eastwood’s RICHARD JEWELL will have its World Premiere as a Gala screening on Wednesday, November 20 and the festival will close with the World Premiere of George Nolfi’s THE BANKER on Thursday, November 21. The World Cinema and Documentary sections can be found here. The full festival lineup and schedule will be unveiled later this month.

Audi returns for the 16th year as the exclusive Presenting Sponsor of AFI FEST, enabling the festival to host the very best of world cinema. Audi and their visionary support reflect a continuing commitment to create opportunities for equality in film and television. Audi also supports AFI through the Audi Fellowship for Women, a full-tuition scholarship created in 2017 to support promising female directors entering the AFI Conservatory. This Fellowship is part of the Audi commitment to drive progress and a landmark investment in the future of the storytelling community.

Audi is the exclusive presenting sponsor of AFI FEST 2019. Additional top sponsors include AT&T and American Airlines, the official airline of AFI.

Passes are available at AFI.com/AFIFEST and individual tickets will be available for purchase for AFI members beginning October 29 and for the general public on October 30.

About the American Film Institute (AFI)

Established in 1967, the American Film Institute is the nation’s non-profit organization dedicated to educating and inspiring artists and audiences through initiatives that champion the past, present and future of the moving image. AFI’s pioneering programs include filmmaker training at the AFI Conservatory; year-round exhibition at the AFI Silver Theatre and Cultural Center and at AFI Festivals across the nation; workshops aimed at increasing diversity in the storytelling community; honoring today’s masters through the AFI Life Achievement Award and AFI AWARDS; and scholarly efforts such as the AFI Catalog of Feature Films that uphold film history for future generations.  Read about all of these programs and more at AFI.com and follow us on social media at Facebook.com/AmericanFilmInstitute, youtube.com/AFI, twitter.com/American Filmand Instagram.com/AmericanFilmInstitute.

About AFI FEST presented by Audi

Now in its 33rdyear, AFI FEST presented by Audi is a world-class event, showcasing the best films from across the globe to captivated audiences in Los Angeles. With a diverse and innovative slate of programming, the eight-day festival presents screenings, panels and conversations, featuring both master filmmakers and new voices. World premieres, Galas and other special events take place at iconic LA locations, such as the historic TCL Chinese Theatre and the glamorous Hollywood Roosevelt. This year’s edition takes place November 14-21, 2019. Additional information about AFI FEST is available at AFI.com/AFIFEST.

Audi of America, Inc. and its U.S. dealers offer a full line of German-engineered luxury vehicles. AUDI AG is among the most successful luxury automotive brands, delivering about 1.812 million vehicles globally in 2018. In the U.S., Audi of America sold nearly 224,000 vehicles in 2018. 2019 marks 50 years for the brand in the U.S. Visit audiusa.comor media.audiusa.comfor more information regarding Audi vehicles and business topics.