Film submissions for the Competition section of the 30th Tokyo International Film Festival (TIFF) can now be made on the festival website. (Submission period: April 14 – July 14, 2017)

As one of the largest film festivals in Asia, TIFF is proud that our Competition section has been showing many outstanding films created by up-and-coming directors as well as premieres of works by prestigious filmmakers from around the world.

In 2016, we were honored to receive 1,502 films from 98 countries and regions. Sixteen excellent films were screened after pre-selection and The Bloom of Yesterday (Germany) directed by Chris Kraus won the Tokyo Grand Prix. 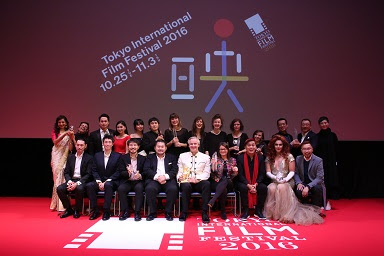 TIFF looks forward to even a larger number of submissions from around the world. The 30th TIFF will take place October 25-November 3, 2017 for 10 days in Tokyo, JAPAN.